Age Matters: How to break the news of your divorce


The fact that you are going to divorce will be received differently depending on the ages of your children.   The very tiniest won’t even know what the word means and the older ones will most likely have seen it coming.  So what is the best approach when you have to tell them, what works best with what age of child?  Well let’s take the smallest first.

Very young children may not understand the concept of marriage…

…let alone divorce.  So the situation is simple and should be kept that way.   To your tiny ones you and your partner are like the sky and the earth; you have always been there.  You are their world.  They will take their cue from you.  If you handle it carefully you can ease the situation into their lives and make it seem like what it is, a natural progression.

Young ones may not understand a lot of what is said but they can pick up on atmosphere and especially if a parent is dissolving into tears every five minutes or yelling with anger.   Since they cannot easily express what they feel in words, try to avoid the kind of conflict that is likely to damage them.  They just need some simple facts – Mummy and Daddy are going to live in different houses but they are still friends.  Reassure them that both Mummy and Daddy will always love them.

When it comes to arrangements try to present the new situation to them as a new and exciting part of their lives:  going to another house for the weekend, and finding new playgrounds/ swimming pools/ things to do in their new area.  Visit their new weekend local park or go on a walk, all of you together on occasion, if you can, and try to keep the mood as light as possible.

At ages up to about 4 children are completely led by their parents.  If you don’t seem upset, then they won’t be either.  If you take things in your stride, they will take your lead.  Lead them as well as you can.

School age children up to about the age of 10 or 11 have, of course, heard about divorce…

In this age group it is important that you explain honestly but without hostility or recrimination the reasons that you are getting divorced.  Explain to them that you have both decided that it’s better if Mum and Dad aren’t married any more because they argue too much (or whatever is appropriate) but stress that your love for them will never change. Spare them any gory details but do be honest.   The enquiring mind of a 7 year old can unearth the most embarrassing detail with an ease that would make a detective jealous!

This is the age group that are most likely to feel that it might be something that they have done that has caused the divorce.   You will have to make sure that they understand that this would have happened regardless of anything they did or did not do.  Be ready to answer even the daftest sounding question honestly but in simple terms. “Don’t be silly!” is not good enough – take their enquiries seriously.  As you will already know, the working of a child’s mind sometimes defies logic and at other times is so logical that they can really put you on the spot!

As with the smallest children, you need to reassure them that their world will carry on, not quite as they knew it but still it will carry on.  They will not have missed the tension that has led up to the divorce and may be the first to benefit from the calmer and quieter atmosphere that accompanies being with either one of you on your own. 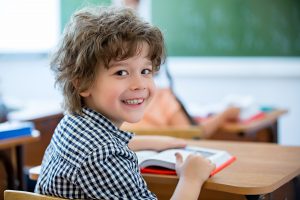 These children are old enough to get out under their own steam, to stamp or slam out of the house at any time and sometimes with seemingly the slightest provocation.   They may accuse you of ruining their lives and are quite likely to take a violent dislike to whomever they see as the villain of the piece.   It is going to take all your patience and understanding at a time when possibly you have very little of either to give, to help them through it.

When you tell them,  try to do it together and try not to rise to any abuse that is hurled at you.  Be matter of fact and have all the details of what is going to happen next ready.  They will want to know.  Either that or they will retreat into their own world and stop speaking.

Be as open as you can without grossing them out and be sensitive to what they are going through, piled on to their already considerable teenage angst about everything.   You might think that as this age group are older, they will handle it better.  Wrong.  They are possible the group that need the most love and attention and help with the situation.  After all, they have had the pair of you as an entity for the longest.

Don’t push them into anything.  If they want to go and see where your partner is living let them, if they don’t then don’t force them.  Let them come around to it in their own time.  Kindness, gentleness and bucket loads of patience are what are needed for your teens and even young adult children.

Don’t think that just because they have left home your domestic situation doesn’t matter to them so much.  It does.  The break down of your marriage is like bereavement to them.  Give them time to grieve and listen to what they are saying.

Do not badmouth your ex

No matter who is to blame for the breakdown of your marriage, do not openly blame the other parent.  Children need to feel they can love and have access to both parents (unless of course there is abuse or threatening behaviour involved).

Whatever age your children are, if you are loving and gentle with them they will come through it.  All they really need to know is that you both still love them and that you will always be there for them.   We all want our lives and those of our children to be happy.   Do your best to make sure that once the divorce is underway, you don’t get lost in it and neglect the happiness and well being of the children who mean so much to you.