Sarah: He was more of a project then a long-term partner

I started married life when I was nearly 40.  Before then, I had been focused on my career, partying, friends and fun.  By the time I was in my thirties I was earning nearly seven figures a year and had a circle of friends who were in the same earning bracket.  Fast cars fast living.  Brief flings when I felt like it but nothing too heavy.

I met John in a wine bar surrounded by the noise and the banter of my colleagues.  I had noticed him a couple of times on the periphery of my group. I got chatting to him and before long we were enjoying a passionate affair.  He was 24 and obviously new to the job and the lifestyle.  I was 38 although I did not look it and I certainly did not act my age and I had plans to start easing off the day job to relax.

No one questioned the relationship despite the age gap, these things happened.  So what?  The pace of the relationship matched the pace of our lives, fast and furious and very physical.  He was my Adonis, my lover, my friend but also my project.  I was so proud of him, learning his craft on the trading floor, earning the rewards that his skills and hard work brought him.

We married in the family church, my widowed mother could not believe that I was finally settling down, I could see that she was thinking “is it too late for grandchildren?”  It was.  The honeymoon was spent in Antibes, everything was pure bliss.

We returned home.  I set about making the changes to my routine that I had planned.  I wanted to move out from the city, to get away from the buzz that had been so important to me once upon a time.  I now wanted a house in the country with some chickens, a vegetable patch and drinks at the local pub, relaxing.

Of course when these plans had originally been making inroads in my mind, John was not part of them.  But he was happy to go along with it and we found the house and we kept the flat in the city.  John was going to stay up in the week and come back to the house at weekends.

At first I took some time to adjust to the slower pace of the countryside.  I got myself a dog, bought the chickens and employed a local handyman, Geoff, to build their enclosure.  I could afford for all the hard physical work to be done for me, and to allow John to relax when he came home.

One week John was called away to New York on business and I was home alone for the weekend.  Geoff was doing more and more odd jobs and had been providing me with alternative company other than the dog.  That weekend I bought him lunch at the pub.  He had a liking for wine, so after lunch I invited him back to the house where I had a collection of nice vintages……… and we ended up in bed. 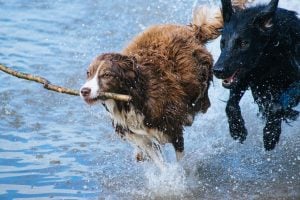 I did not feel guilty at first, but when John came back I did.  I drunkenly blurted out to him what I had done.  He was shocked and became very emotional, like a little boy crying to his mother.  I was upset too, but I could never live a lie.  If John and I were going to be separated during the week, the physical interruptions with Geoff would continue and I knew that John did not deserve that.

Why did it happen?  I am not sure.  I was in some ways quite immature and have always acted first, thought later. I now know that John was more project than long-term partner.  He was successful in his own right and no longer needed me.

The divorce happened.   John seemed to become detached from the whole process and just wanted it to end.  I could see that he felt nothing for me, I had become a total bitch in his eyes I guess.

The divorce cost me the flat and a pay off.  When I sat down and worked it out, £3.5million.  Yes folks this alimony thing works both ways!!  A high price to pay for thinking with parts of me other than my brain, but I knew that I had been at fault and as divorces go I suppose it was pretty amicable.

Geoff still comes around to do the odd job and sometimes shares a bottle of wine.  I have to go up to town a couple days a week and do some consultancy and mentoring for my old firm.  I have bumped into John a couple of times.  He has remarried and I wish him the best of luck.

On my part, I am happy enough.  I still have a healthy bank balance, and I am slowing down nicely.  My regret is that I neglected my personal life totally in favour of my career and fun.  Now I am getting older after all and the prospect of a lonely old age is ever present.

We use cookies to ensure that we give you the best experience on our website. If you continue to use this site we will assume that you are happy with it.Ok