Is divorce affecting your brain? – Improve your thinking and mood with exercise.

We know about the physical health benefits of exercise.  We also know that exercise as simple as walking helps with mood.

In fact if there was a daily pill that you could reduce your blood pressure, reduce your risk of cancer, diabetes, heart disease, improve your sleep and help you lose weight…… we would all be taking this pill.  This pill is exercise.

If that was not enough encouragement, there is now research showing that it also helps your brain.  A lot of people talk about how a nasty breakup really affects their thinking to the extent that it is hard to work or concentrate on anything.   We have looked at the research to show you 5 important facts about exercise and the brain to try and encuorage you to get active again.

Even from the age of 7-9, children who exercise daily had better thinking skills and would also be able to think more flexibly.

Young adults who were split into two groups where one ran for 30 minutes and the others did not showed, a significant improvement in visuospatial memory and mood.

A study of all the research, covering over 2000 adults of different ages found that processing speed, memory and attention improved with exercise. .

Researchers  looked at all the studies on exercise intensity and cognition and found that exercise in moderate amounts and in moderate intensity was all you needed for improvments in well-being and thinking skills.

What is moderate exercise?  According to the research, it is activity which is burns of  3 to 6 times more energy than when you are sitting or walking very slowly.  This will vary from person to person depending on age and fitness.  In general terms, this could include a hike, heavy clearning (e.g. vacuuming or washing windows), doubles tennis or slow bike ride (10-12 mph).  Intense exercise jogging at 6mph, singles tennis, carrying heavy loads or shovelling. 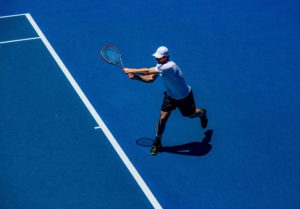 Exercise seems to strengthen areas associated with dementias including Alzheimer’s disease.  This means that if you do have the misfortune of dementia, it will appear later and progress more slowly as the areas of brain associated with these conditions are stronger.

Dementia is not the only condition that causes a decline in thinking, moderate heart failure and depression can also lead to reduced cognitive ability.  Given that divorce can lead to depression, you may have noticed your own thinking getting slower, finding it harder to concentration or remember things.

As mentioned above, certain areas associated with memory become stronger and actually increase in volume, such as the hippocampus and prefrontal cortex.

Last year, a break through study with mice gave us an even deeper understanding of how exercise affects the brain.  The brains of inactive mice were compared with the brains of mice that were made to run for a week on the wheels in their cages.  The brains of the active mice had more new neurons that were better connected and more developed.  Many of these neurons were in brain areas linked with thinking skills such as memory and that are associated with dementia.

Exercise releases hormones such as dopamine, serotonin and noradrenaline which can improve mood.  However, research shows that  chemicals can also improve focus, our ability to shift attention, and our reaction times.  These effects can last for over 2 hours.  For these improvements to be more lasting, one needs to improve cardiorespiratory functioning (which you can do through….exercise of course!).

So if you can do one thing which will make you feel better right now, just go for a moderate walk around the block and feel the benefits.

It is also good news to know that you can hate exercise such as the gym, running, swimming or anything that makes you sweat, and  still experience improvements, as moderate exercise is really not too demanding.  So find something which can make you move….at least moderately.

For all the expert advice and support you need going through a divorce, sign up here today to join the Divorce Club.