How important is sex in a marriage – How often? How exciting? Do we need it at all?

How important is sex in a marriage?

Sex is one of the most defining features of a marriage and yet it is also the one people most often struggle to talk about which can leave many people wondering what is a “normal” amount of sex in a marriage.  There even seems to be contradicting beliefs and actions around sex.  A recent survey from the Observer found that 69% of married people felt that you could have a happy marriage without sex.  However, other research shows that difficulties with sexual relations is the most common reason for infidelity in both men and women.

In this article, we consider how important sex is, some of the issues that can lead to sexual dissatisfaction and some tips about whether or not these difficulties can be overcome.

How much marital sex is normal?

We all accept that sex will diminish from those heady first days where you could not get enough of each other.  This is because our bodies produce more testosterone in the first couple of months which then tail off leading to a reduction in libido. 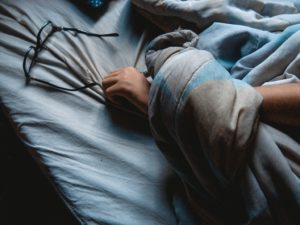 The next sex-killer is the baby.  A survey from Netmums found that a whopping 80% of women reported having less sex.  As much as you may (or may not) have enjoyed those early years, there is no doubt that the sheer exhaustion means that the only thing that couples think of when they see a bed is how many hours sleep that they can have interrupted.

So what does the research say about the diminishment?  A study published in the Archives of Sexual Behaviour actually found that the amount of sex that married couples have has declined from 10 years ago.  Married couples are having sex 16 times less a year and now have a sex an average of 51 times a year.  The decline has been attributed to the increase in competing activities meaning that we might prefer a Netflix session rather than a kinky session.

What is the optimum amount of sex?

The actual amount of sex that correlates with happy marriages is once a week according to a study of almost 30,000 Americans.  More sex than this did not necessarily lead to an increase in happiness.  Although weekly sex is associated with greater happiness it is not necessarily the cause of more happiness.  It is possible that happier couples simply want to engage in more intimacy.  In fact, one study found that when they asked couples to increase the frequency of sex, led to a decline in the wanting and enjoyment of sex.

The other factor to consider is whether your sex drives are compatible.  A British study found that 15% of men and 34% of women said that they are not really interested in having sex.  So having mismatched libidos is not an uncommon scenario.

“The early part of our relationship was practically entirely spent in the bedroom.  Over the years, the sex became less and less frequent and I accepted this as normal” says Justine, 46.  “This has made me feel totally unattractive, I miss the playfulness of sex and I miss the sex itself.  I sometimes wonder whether I can deal with this for the rest of my life?”

Another issue can be about the type of sex which you both enjoy and what turns you both off.  Reema noticed that her husband had more ‘kinky tastes’, “At first I thought it was quite fun to push the boundaries of my sexuality but then his desires were just too extreme.  I tried to compromise and try things, I went to a sex club and tried to ignore the things he was saying during the sex.  The more he pushed, the more I began to dread sex and so the less frequent it became.  I wish he had been honest from the get go about what he wanted”.

Other common reasons for not wanting sex

The lack of interest in sex should always be explored with a therapist as they might be other reasons underlying the loss of libido.

A study on the libido of tens of thousands of people found that lack of interest can be due to:

Early sexual experience were also important at influencing women, but not men’s, interest in sex.  Women who had poor early sexual experiences, for example, if they felt pressured or out of control in when they lost their virginity, had lower libido.  On the other hand, performance anxiety is something which troubles men more but not women so much.

All of these difficulties (bar poor health) can be addressed with the help of a skilled therapist.  A therapist might also help a couple explore difficult sexual dynamics:

“After the birth of my first child, my wife was often too tired for sex.  When I tried to be affectionate, she would pull away thinking that I was initiating sex.  After a while, we would sleep back to back and there was no kind of physical affection, let alone physical intimacy.  We began to feel very  distant.  A therapist helped us slowly introduce physical contact and rediscover our physical relationship.  The talking also meant we felt emotionally closer”.

How to manage a lack of intimacy

As therapists, we always  suggest the following to couples with sex difficulties. 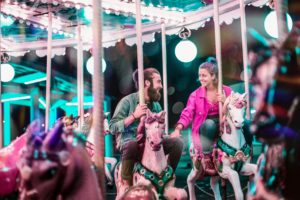 Talk – This will be the most important factor to determine whether or not you can resolve it.  Plan a good time to talk about this (not when you are in bed having just been rebuffed or having done the rebuffing).  Ahead of this talk think carefully about what you want, what you do not want and where you can compromise.

Listen openly – You will need to be mindful of feeling defensive during this conversation.  You might have to admit that you have not made efforts to help sexuality, watching too much TV or maybe not taking care of yourself.  No-one is saying that you need to be a model but self-care is a form of loving yourself.  You especially need to be open if you are giving similar messages to your partner.

Ban sex – Sometimes this issue of sex can become so emotive and contentious that it is helpful to ban sex altogether.  While this might sound counter-intuitive, knowing that sex is off the table can allow intimacy to increase.

Gradual approach – Once sex is off the table, you can safely get more sexual.  Discuss what the first steps to intimacy might be.  It might be starting off with a romantic dinner, showering together, a quick kiss before you go to work.  It might feel awkward at first but it will get easier.  That is the point.

Explore and compromise – You will both need to explore what you can compromise and tolerate:  how much/little sex, what sex acts etc.  Remember, you are both allowed to want things and if over this exploration period, you will learn what it is you can or cannot live without, or what you are prepared to tolerate to keep your partner happy.

Have fun in other ways – Research has found that doing any new activity, and particularly playful ones can rekindle intimacy.  Basically, any activity that promotes laughter is likely to ease the tension and lead to openness.  So go to see a comedy night, go bowling, go to your local mini golf…. the opportunities are endless.

If you can’t find this balance, it might be that you cannot continue as a couple but at least you know you will both have done everything possible to make it work.