Happily Ever After? Science debunks myths which make us unhappy – Divorce Club
Skip to content

Happily Ever After? Science debunks myths which make us unhappy

Behavioural scientist Paul Dolan is an expert on happiness. He is a professor at the London School of Economics who has written 2 books about the subject: Happiness By Design and Happy Ever After: Escaping the Myth of the Perfect Life.

Prof Dolan talks about how there are narratives and myths about how we ‘should’ be, which only make us feel inadequate. These include, money, working in a prestigious job and being married. We are going to look at these myths, and especially the importance of marriage. So read on as there is some good news for us divorcees.

One of the longest standing myths is that we should have money and success to be happy. The Office of National Statistics (ONS) from the UK and the American Times Use Survey (ATUS) both show that once you earn more than a certain point, you start to become less happy.

What is this amount? In the UK, earning less than £400 a week is likely to make you less happy, but above £400, more money does not make us happier, and if you earn too much, you are likely to be less happy.  The ATUS broadhly agreed.  They found that those earning $100,000 were no happier than those earning $25,000, and those with the highest incomes, had the least sense of purpose. What we think is going on is that you only need money to get by. If you have too much, things no longer feel special.

In some ways, we already know that money does not lead to happiness, even if we continue to pursue it. Prof Dolan thinks that this is because we judge those with less money and less well-paid jobs as being less successful. For example, people aspire to be lawyers and chief executives, yet 87% of florists said they were happy compared to 64% of lawyers, and chief executives were no more happy than their secretaries. Other jobs which are meant to be good for happiness include the clergy, fitness instructors and farmers.

So why are these jobs better for our happiness? Florists are around nature, they report feeling like they use their skills and most importantly, they have more leisure time. Earning more tends to be associated with longer hours at work which means less time to do the things, or be with the people that they love. 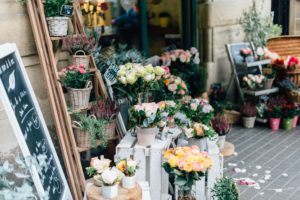 On the other hand, if we do not work, we are also unhappy as we feel we have no sense of purpose. So what is the magic number? Working between 21-30 hours. So spare a thought for those well paid financial workers in Hong Kong, New York and London, who are working a whopping 100 hours a week. Often we don’t want to work longer, but we are expected to by the nature of these jobs. Workers feel it can look good to be the first in and last out, and to get the work done immediately.  Unfortunately, this comes at the cost of an evening with loved ones.

Since we have been little children, we have been taught that to live “happily ever after”, one must get married. People also believe that relationships should be passionate (even though research shows that these highs las after a year), and that our other halves should meet all our needs (totally unrealistic). A massive 90% of people judge marriage to be an important goal, and as you know from divorcing, people look at you with pity for the demise of your union.

It is the negative judgement with which we look at single people which means that many decide to stay in an unhappy relationship. Think about each relationships you have had. Has each subsequent partner been better suited to you? Generally they are. This is because we are adaptive creatures who reflect and learn from our experiences to make better choices.

If you are staying put in a relationship due to children, the research from University of Virginia show that while divorce does lead to shock, anger and anxiety, most get over this within a couple of year. More harmful were those children brought up in a house-hold of conflict.

So instead of viewing the end of the marriage as “a waste”, think of it as a necessary step towards understanding yourself better so that you can find someone better suited.

We make a lot of decisions based on what we think we ‘ought’ to do, or what we think will look good in front of our friends. What might others think if we decide to pack in our life in the city, with all the trappings, to become a personal trainer? Pretty hard to get our heads round. On the other hand, if you genuinely like your job in the city, don’t follow the narrative of this book either. Instead think about what brings you happiness, and what subtracts from it. If the niggling voice comes in your head, saying, “What would my friends think?”, squash that voice because no one else is in your shoes and living your life to satisfy others will never work.