Dating code of conduct for the 21st century

Benjamin (name has been changed) was new to online dating after a messy divorce.  He had plucked up the courage to invite a lady out and had picked a nice bar to meet her in.  “At first I just thought she was just late, then I started to worry that something bad had happened to her.  After waiting nearly 2 hours, he left the bar worried about her safety, a bit self-conscious for siting alone for so long and thoroughly disappointed that all that effort had come to nothing.   Benjamin asked the lady to let him know she was alright but she never answered, and shortly after, he was blocked from communicating with her.  “I was shocked”, Benjamin said, “I was the one who had been treated badly and yet instead of an apology, she was the one blocking me!”

Benjamin was the victim of a 21st centuary dating phenomenon known as ‘ghosting’.  This is where someone you had previously been in touch with just stops returning any communication with you.  This can even happen to people who are in relationships.  What is more suprising is that this is not a rare phenomenon and that there is a whole raft of bad dating behaviours that were not around before online dating.  For example, people might be sleeping with several people, people lie about all kinds of things and cancel dates moments before meeting.

Rachel New, a London Dating Coach and member of the Divorce Club, was fed up of this type of rude and hurtful dating etiquette and so has just published some new guidelines on dating.

“Many people are frustrated by what they see as a lack of respect by online daters. Members of our Divorce Club are often shocked when they start online dating for the first time. There are so many unwritten rules about dating, and many of them seem to suggest it’s OK to treat each other worse than they would if they met face to face,” says Rachel.

“But there are lots of decent people out there, hopefully including you!” Rachel believes you can make your dating more efficient by signing up to her Code of Conduct by putting it on their dating profiles, to signal that they want to treat people well online. Then other decent daters will be more likely to message them and they’ll both be able to make the process of finding a date more efficient and pleasant.

“It’s up to us to challenge the bad social norms of dating that have gradually emerged,” Rachel insists. “It’s not about being holier-than-thou, but saying we want to try to improve things.” 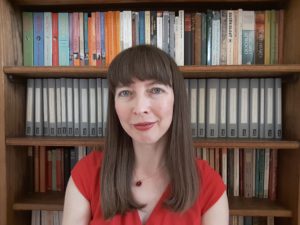