Divorcing young – Growing out of your relationship

Like a lot of young women when she got married at the age of twenty, Tess Andrews wanted her marriage to last forever. She wanted the whole package, the comfortable house, the doting husband and the beautiful and talented children. She saw years of domestic bliss, facing life’s ups and down with her husband, stretching before her with roses round the door. But sadly, it didn’t turn out like that: in the end, ‘forever’ only lasted two and a half years.

Tess joined the growing number of twenty something’s who are married and divorced by the time they hit 30. When she looks back now, she says, “We were in love for sure, but I realise now that we hardly knew each other. I was very young when I met John, my ex, and I’d never had a proper boyfriend up to that time. I was very emotionally dependent on him but that changed as I got older.”

Like a lot of young women and men, Tess found that almost everything about her changed as the years passed. She realised that perhaps her relationship ought really to have been a normal boyfriend-girlfriend relationship that would have run its course. But so often younger people put pressure on themselves to do what they the think is the best thing and that seems to be to get married, have a house and a family.

According to figures released by the National Office of Statistics, men and women in their twenties have the highest divorce rate of all age groups.  In 2013, there were 16.8 females divorcing per thousand married women aged 25 to 29. This continues the general pattern seen over the last 2 decades.  In 2007, there were 26.8 divorces per 1,000 married men and women aged 25-29 – over twice the average rate for other age groups. 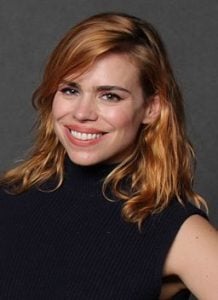 Some of the celebrity generation-xers who have been married and divorced in their twenties include Billie Piper, Reese Witherspoon, Peaches Geldof and Britney Spears. The trend has become so embedded in the popular mind-set that the American sociologist Pamela Paul controversially suggested that young divorcees often view their early marriages as a learning experience that equip them for subsequent, more adult, relationships.

Inevitably, perhaps, a couple that have got married at the start of their twenties, will undergo a period of change and development in their personality, career and social situation.  In the past, an extended family or social network could provide the glue to help keep husbands and wives together, but the atomisation of society and liberalisation of divorce laws has arguably left the younger generation less support during marriage and an easier exit.  Given the choice, the majority of unhappily married couples in their twenties want to get out before children appear on the scene.  This is often the right decision as children never fix a marriage.

The truth remains that those who marry younger are statistically more likely to get divorced.   But that statistic will be of no comfort to you if you are young and facing the end of a very short marriage.

If you have no children it should be easy enough to pick up your life and put the divorce behind you.   The feelings you have though, may not be so easy to get over but if you are gentle with yourself and learn from the mistakes you made then even this experience may help you in later life or when you come round to thinking about tying the knot again.

Many young divorcees feel embarrassed and isolated by their perceived failure, a situation that is emphasised by the realisation that not many of their friends are likely to have experienced anything similar.  And of course, if a young married couple have had children straightaway a break up can be the more devastating for a parent left with the care of very young children who also needs to work.

It can be difficult when your single friends are out enjoying themselves and you as a single parent, have to pass up those chances to go out.

But whether you have children or you are moving on alone it is important to realise that while divorce is never something to take lightly, a marriage has to be something that you really want to be in, not something you’ve got yourself into and don’t have the nerve to get out of – especially if your dad is still paying the bills for that expensive wedding!

Take stock of where you went wrong and try to understand what your role was in things not working out and then move on with your life.  You have a lot of years to live and there is every chance that you will get married again and that it will be as you imagined it would be – complete with those roses around the door!

How Men Can Find Divorce Support

How to take control of your life

How to leave your marriage – Why is it so difficult?